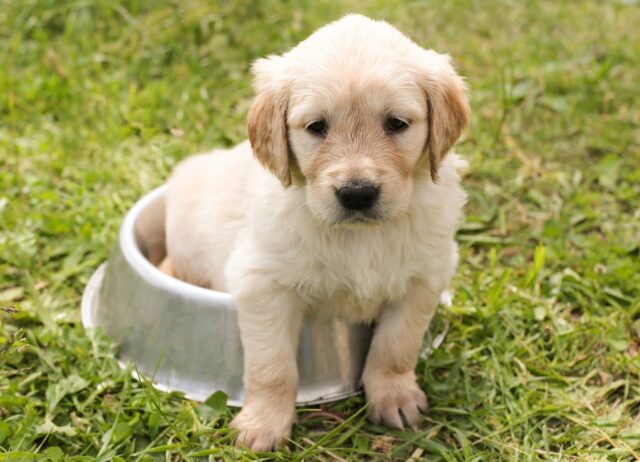 Dogs love to play with anything they find in their immediate surroundings. No matter what object that is, our canine friends happily tinker with them the moment they lay eyes on them.

However, nothing beats the fuzzy feeling that stuffed animals bring to our canine friends. Thus, it’s not entirely surprising for an adorable seven-week-old Golden Retriever puppy to snuggle with its favorite stuffed toys during bedtime.

In this adorably peaceful video clip, one can initially see a cute seven-week-old Golden Retriever puppy named Lincoln lying in its comfortable doggy bed. With the way the pup positions himself in his mattress, it looks like Lincoln’s taking his much-needed sleep. 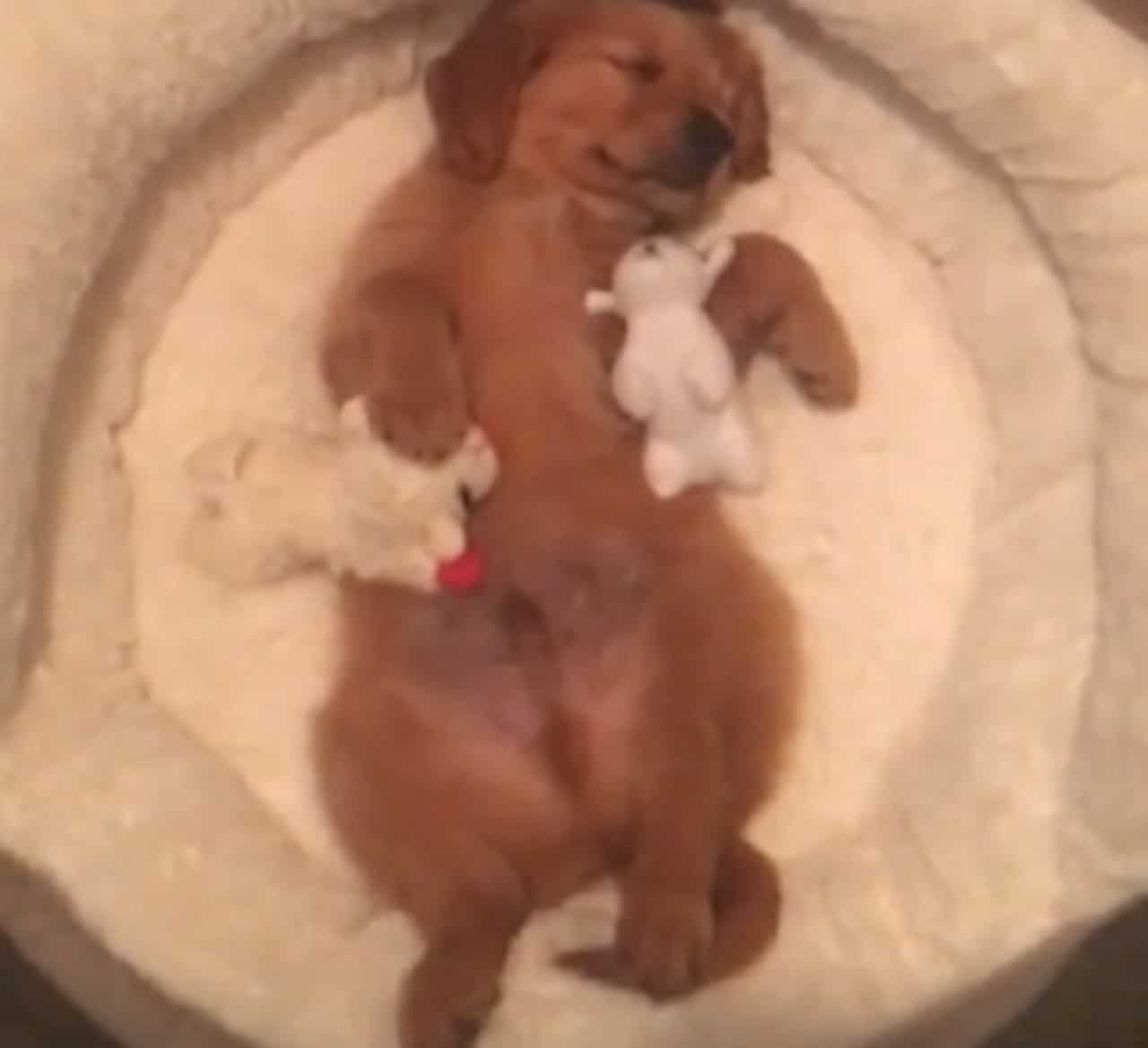 As the seconds tick by, Lincoln carries on with his peaceful slumber. But, if you take a closer look, you’ll eventually notice that two furry stuffed toys lie in bed with the puppy.

Perhaps, Lincoln carried these two stuffed animals to his bed for some comfort. And, it seems the stuffed animals’ doing their magic as the Goldie puppy drifts off into a peaceful slumber.

As the video progressed, Lincoln carried on wandering into dreamland. Even if his fur mom takes a closer look at him, the snoozing dog continues sleeping like a baby with one of his paws resting on a stuffed animal. 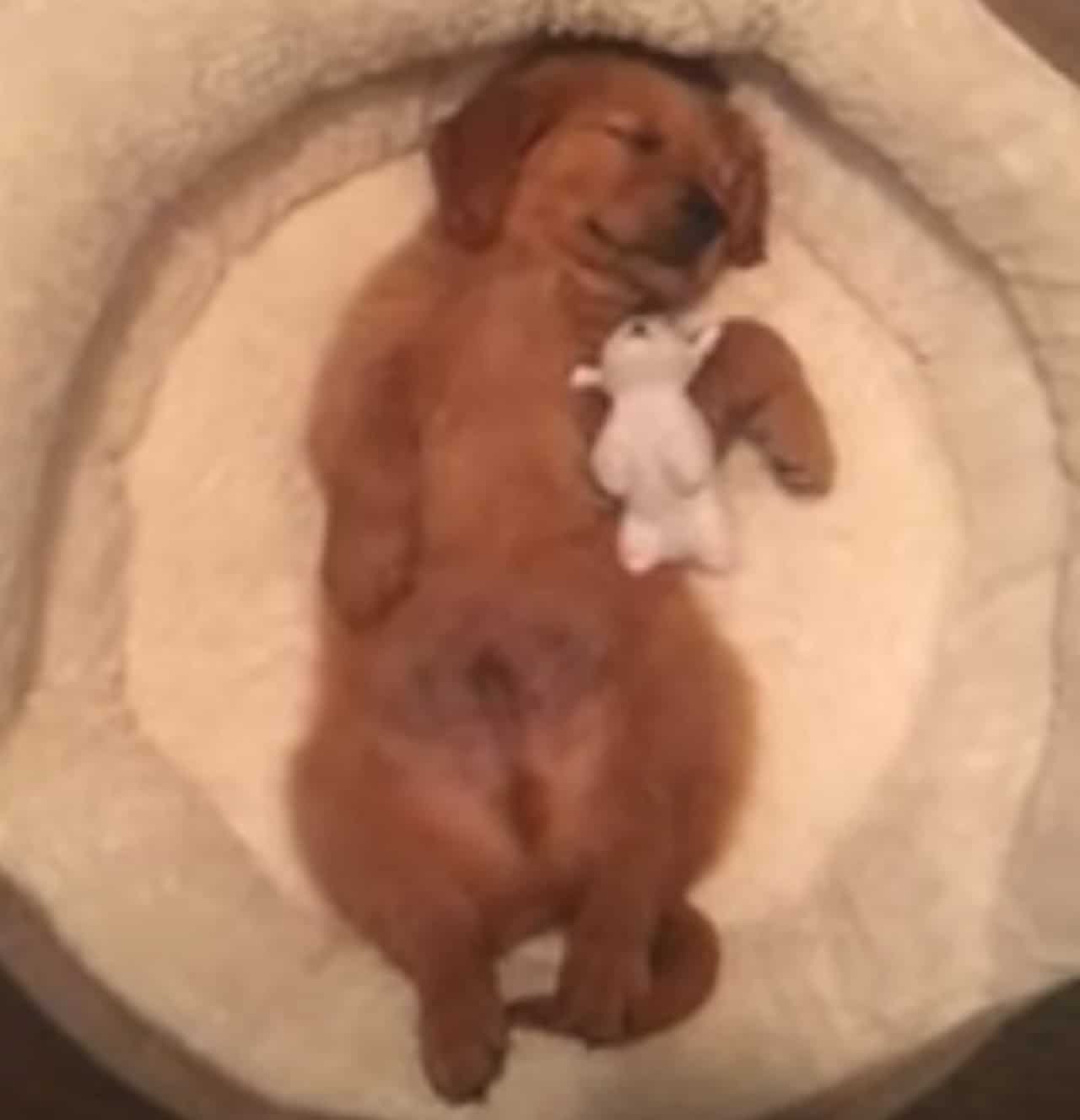 No matter how much Lincoln’s fur mom stares at him, the pup’s oblivious with everything that’s happening in his surroundings. And, despite Mom taking one of his stuffed toys, Lincoln carries on with his peaceful wandering into dreamland.

By the looks of it, the adorable puppy can only sleep peacefully if he’s with his favorite stuffed toys. Thus, if you don’t want to miss Lincoln cuddling his playthings during his sleep, don’t forget to click the play button below.