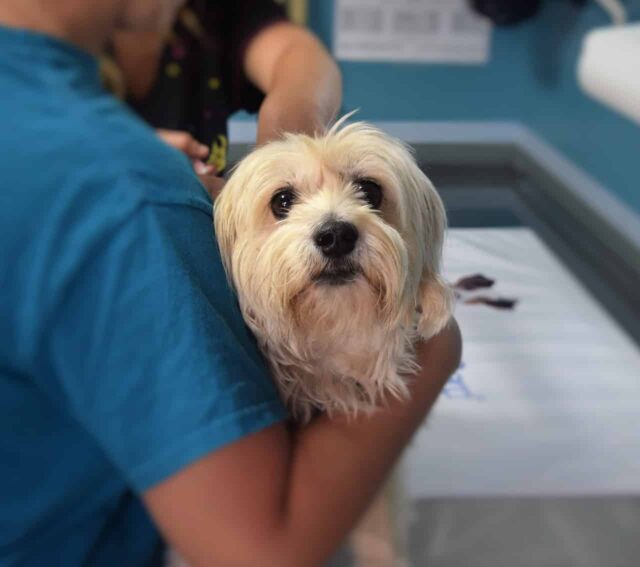 Individuals who work at the Baltimore Animal Rescue and Care Shelter or BARCS in Maryland have established a sweet way to keep the souls under their medical care feeling loved and cozy when they need it the most.

Rather than leaving their furry patients to be awakened from anesthesia all by themselves in a kennel, Moses and Greenwell took them back with a slow dance, gently resting them in their arms. This kind of adorable gesture happens all of the time, and it is a win-win situation for everybody. 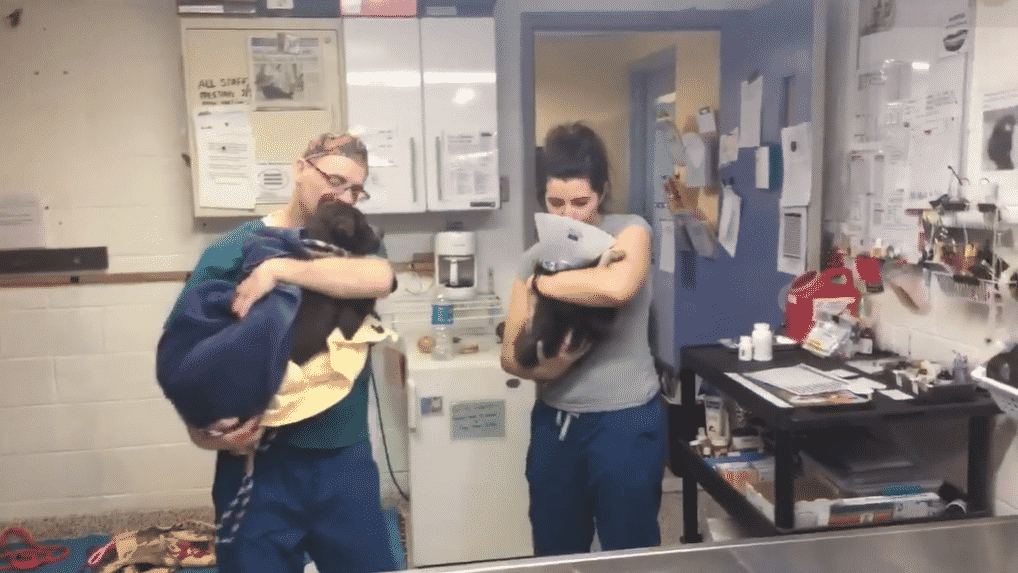 Moses thinks it helps their furry patients heal and also helps them relieve some stress from their everyday routine.

It’s not the first time the animal shelter’s big-hearted approach to give comfort to its animal has caught people’s attention.

A few years back, Moses was filmed rocking and singing to a little pup named Meesha whose ovaries had just been removed.

Moses said in an interview that if you have ever had surgery, you normally wake up and you aren’t certain where you are at. It’s a fearsome thing even for cats and dogs, especially being in the animal shelter and that young.

BARCS is the largest shelter found in Maryland, taking in about 12,000 animals in need of help every year, and it means so much work for Moses and the rest of his colleagues. However, they’ve never forgotten that each animal is also an individual who’s worthy of compassion.

According to him, they really have a great surgery team in BARCS. They do 25 to 30 surgeries every day. He added that everybody needs to be given some love, even if it’s just for a few minutes.