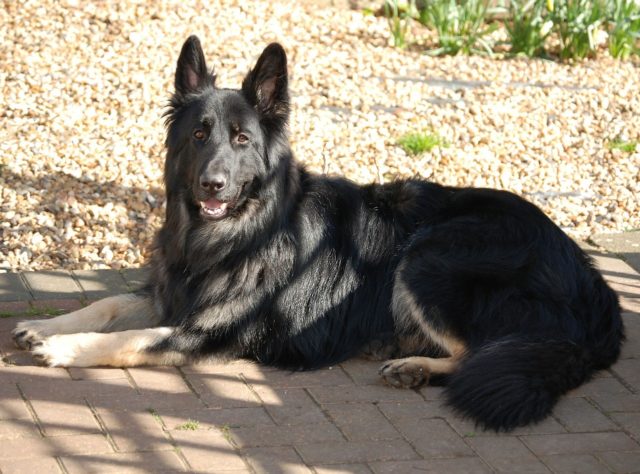 Dogs are among the goofiest animals on the planet. They are a lot like kids who are very playful, sweet, and innocent. Exploring their environment is one of the things that they genuinely enjoy doing. On their exploration, they learn many things. And when they do, they’re not shy to show their honest reaction.

Take for instance this German shepherd who heard a baby’s cry for the first time. His reaction was so hilarious that his owner can’t help but laugh. The owner, fortunately, captured the cute moment on a video and uploaded it online. The clip has now garnered over a million views and thousands of reactions from many people around the world.

The dog’s owner was watching a video of a crying baby on her cellphone. The dog was right in front of her playing with his toy ball. Suddenly, the innocent pooch heard the sound of the crying baby and his attention was immediately caught.

He dropped the ball that his mouth was holding. He then gave his full attention to the cellphone with his mouth wide open. It was like he was in total disbelief. You could see his confusion while he was tilting his head back and forth. He even walked closer to the cellphone as if trying to figure out what the strange sound was.

After a few seconds, the dog walked in a circle. Then, he came back to listen to the sound again with his tilted head. The poor dog must be totally confused. His mind was blown. He never heard that sound before so he’s understandably very concerned and was in utter disbelief.

His doggo siblings weren’t as curious as he was though. Maybe they’ve already heard this sound before or, probably, they’re just not as interested as this innocent little doggo. Whatever the reason was, this clip surely made many people’s day.