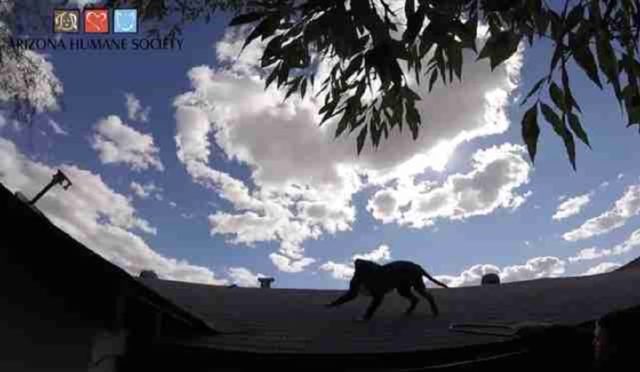 Earlier last month in Phoenix, the Arizona Humane Society (AHS) received a call from a concerned resident. They were told that a stray Pitbull pup got stuck on the roof of one of the houses. What the rescuers expected was one scared pup, desperately finding its way down. Instead, they were greeted by an extremely excited and playful puppy that was having a blast on someone else’s rooftop.

As soon as the puppy, now named Rufio, was spotted running around the rooftop, the resident immediately phoned Arizona Humane Society Emergency Animal Medical Technicians (EAMTs). They believed Rufio was a stray, but no one had a clue how the happy pup managed to climb up the roof. 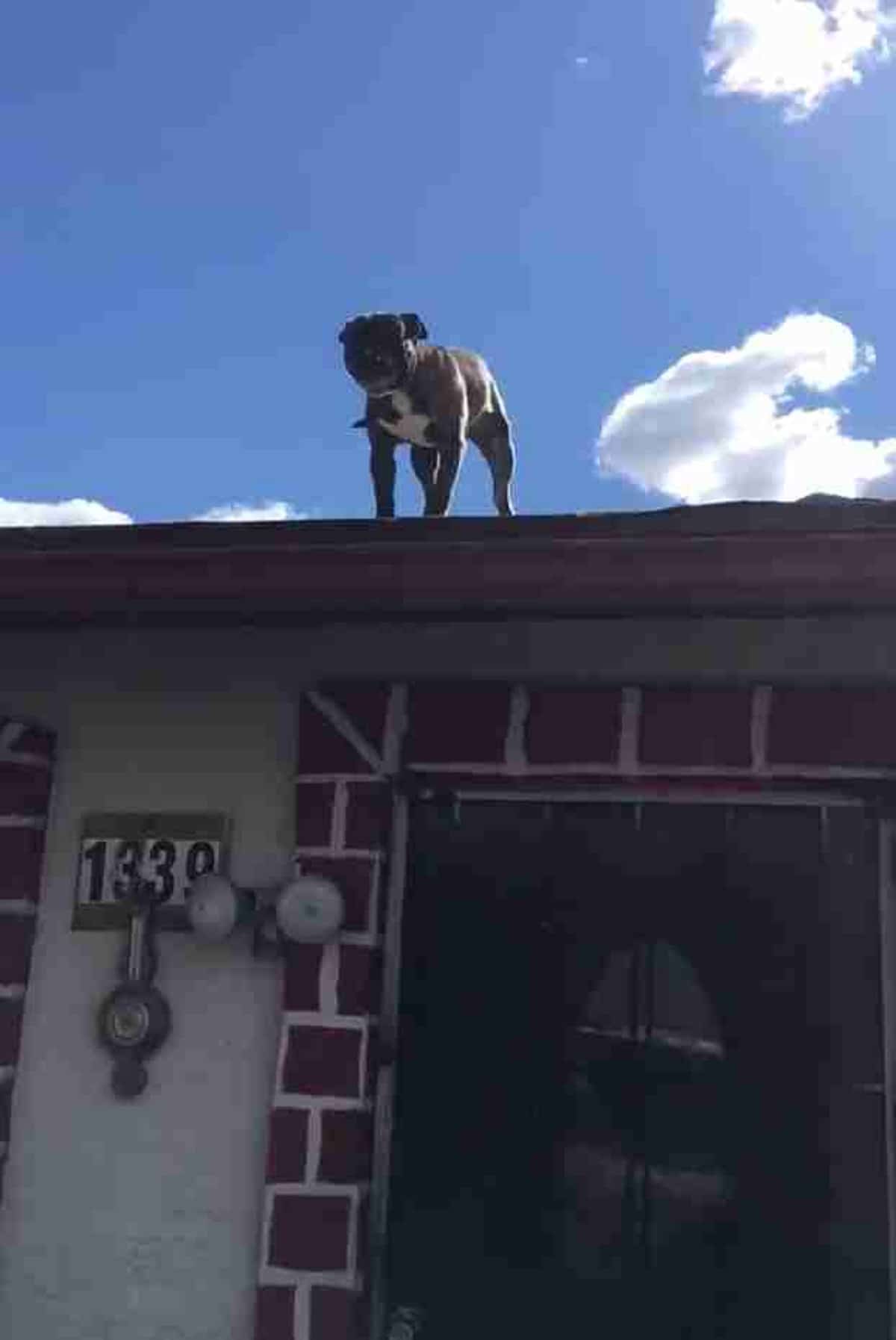 “Our best guess? Either he was chasing something until he got there and didn’t know his way down or he was practicing to be the Santa Paws of this year,” said AHS Media Relations Specialist Kelsey Dickerson. “However he did it, we’re grateful it was reported quickly.”

EAMTs Andy Gallo and Jenna Moffitt headed to the reported address. The moment that they stepped out of the car, Rufio got thrilled. And his excitement doubled the moment he realized Gallo was joining him up there. 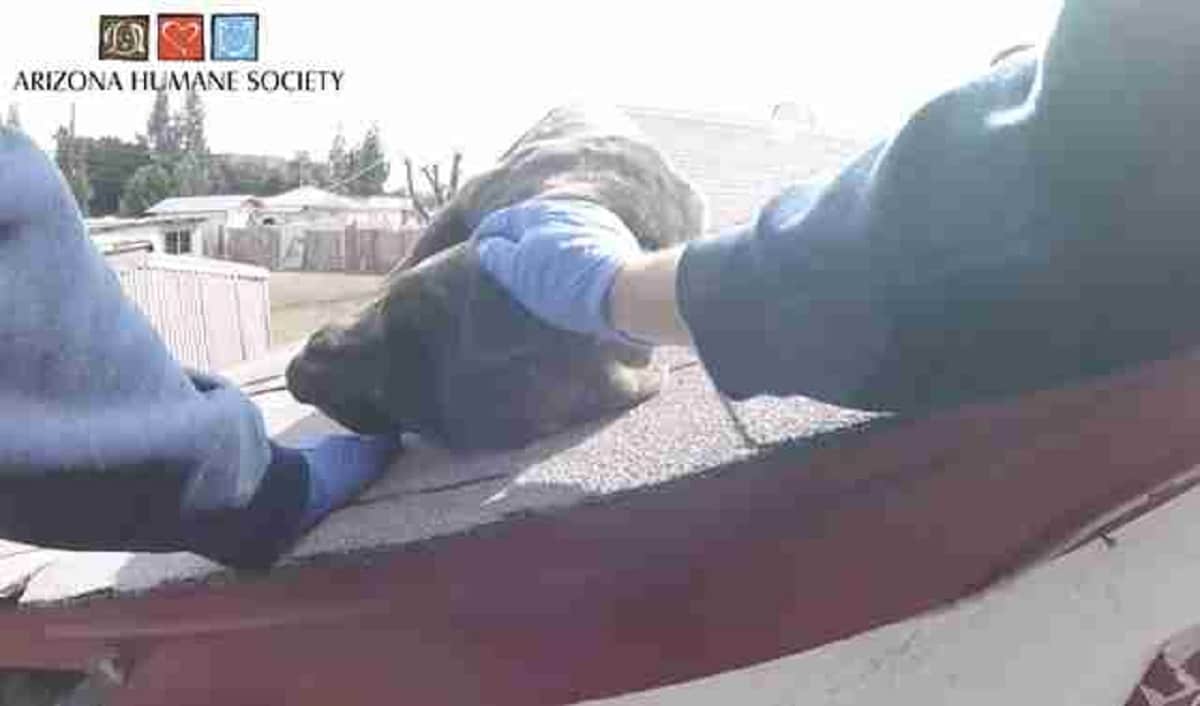 “Rufio got absolutely ecstatic the moment EAMT Gallo climbed up,” said Dickerson. “He wagged his tail about a hundred miles per hour and came running to give Andy some hugs.”

Evidently, Rufio was having one great roof party without realizing he was actually in danger. But after some hugs and belly rubs, Gallo was finally able to get the partying puppy to the roof’s edge then to Moffitt’s arms safely. And once Gallo was on the ground, Rufio got so excited to see him again.

Here’s the footage of Rufio’s rescue:

Nobody knows how this super sweet and wiggly 9-month-old Pittie pup got onto this roof, but we sure are glad that a Good Samaritan called us for help! He has since been named Rufio and is being treated and loved on in AHS' trauma hospital. Great work to EAMT™s Andy and Jenna for another safe and successful rescue!Follow along here on our Facebook page each week for #UntoldTailsofSurvival, rescue videos courtesy of AHS' lifesaving teams and programs.

Rufio was taken to AHS’ Second Chance Animal Trauma Hospital where he was examined for any injury. Thankfully, Rufio was ok after having a roof party. And just as when he saw his rescuers, he was delighted to see every member of the vet team.

Within a week after his rescue, Rufio was adopted. A family opened their loving home for the sweet and highly energetic pup. Hopefully, Rufio chooses to throw his parties inside this time.

Credits to The Dodo for this great story.