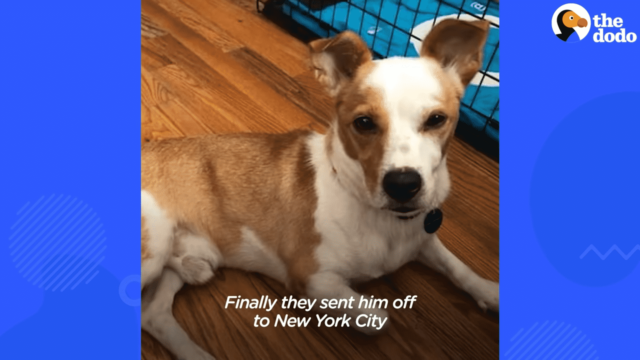 David and Mikaela are a couple who both loved music. While scrolling through Facebook one day, they came across a rescue dog named Birks that sang along to his foster parent playing the clarinet. Without a second thought, they knew they found the perfect dog.

Birks was originally from Busan, Korea. An older woman saw him living on the streets and took him in. The dog wasn’t in good shape and was scared of humans. Luckily, his rescuer helped him recover.

The woman took care of Birks for a few weeks until he was in prime condition. She then sent Birks to New York with the help of an animal organization called the K9 Rescue.

The rescue shelter found Birks a loving foster parent that discovered the dog’s love and appreciation for music. The fun-loving and energetic dog personality shined through whenever a song was played.

David and Mikaela were in search of the perfect dog when they saw Birks’ video. The couple felt that Birks was the one for them because of their shared love for singing and music.

It didn’t take long before the couple met with the foster and officially adopted Birks home. On Birks’s first day in his new house, David and Mikaela played a happy song while Birks nodded his head and eventually sang along.

The couple really enjoyed having Birks around. There were some challenges such as Mikaela finding it a bit hard to practice her songs around the dog. Whenever she started singing, Birks sang louder or even higher as if he was competing with his mom.

Despite all the struggles, the couple loved the dog dearly. They truly believed that Birks was the perfect dog for them and that they were a match made in heaven.