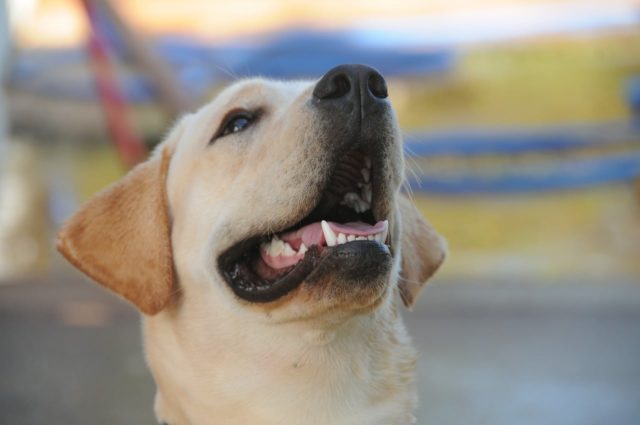 More and more owners are abandoning lots and lots of dogs. We may not know the reason why, but it’s still heartbreaking to see dogs being left alone. If only we can help all of them, just like Snoop’s case.

It was days before Christmas when a CCTV camera caught a heartbreaking footage of a dog being abandoned. The CCTV showed a car parking on the side of the road in Stoke-on-Trent, England. A guy went out of the car with a dog on a leash.

He left the dog and immediately ran towards the car. The helpless dog ran after the car, but the guy didn’t seem to mind the dog. It was a very sad moment to watch.

RSPCA, a British animal charity called it a cruel act. The dog was identified as a Staffordshire bull terrier, and they decided to name him Snoop. The footage of Snoop went viral, and it touched thousands of hearts around the world.

Because of that, hundreds of offers to give Snoop a new loving home came in. According to BBC, there are also celebrities who are interested in adopting him, naming Andrew Neil, Sue Perkins, and Snoop Dog himself! His story really captured so many hearts.

Snoop Dog, the rapper, is a big fan of dogs. He immediately offered a new loving home to Snoop. He even said that there is always a room for a new dog in his home called “Casa de Snoop”.

Have just been looking at all the media coverage Snoop has had these last couple of days and it is phenomenal. His story has gone as far and wide as USA, Russia and India! Thank you everybody for sharing @RSPCA_official appeal. For now, our famous Snoop is enjoying a snooze ❤️ pic.twitter.com/qM6Ip7iQ0q

Despite Snoop’s bad experience, he still manages to be happy. He immediately gained lots of friends at the RSPCA. Even the Regional Manager, Rachel Butler, is so fond of him. She posted a photo of her with Snoop asking “how could anyone heartlessly abandon him?”

RSPCA stated the investigation has to be finished before Snoop gets allowed to be adopted. Snoop also needs to be assessed to know the best living environment for him. RSPCA is grateful to millions of people who shared Snoop’s story that reached all over the globe.

Thanks to our friends from Insider for sharing this story.