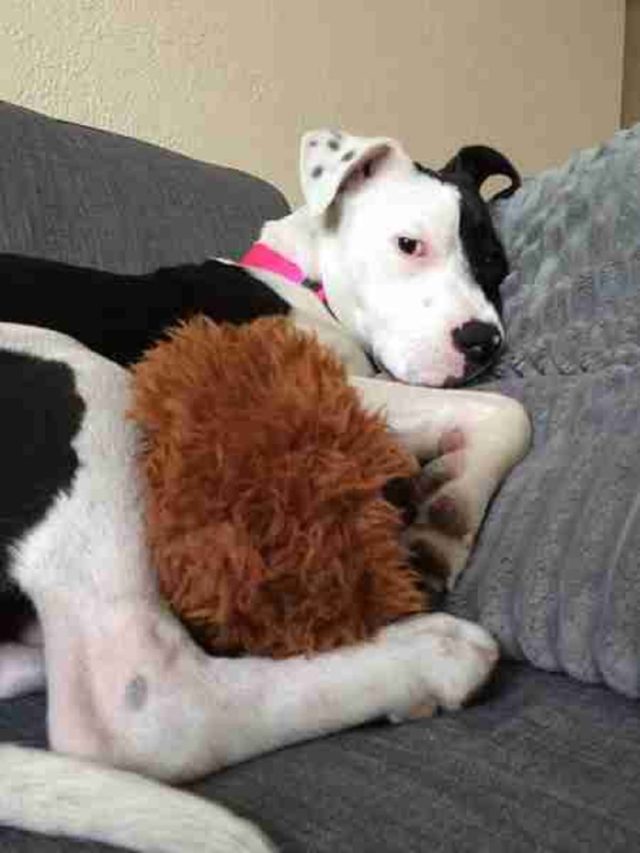 Luna is greatly obsessed with her hedgehog toys. Whether it’s big, small, old, or new, she loves and treasures them all. But like any other dog, she has a favorite.

“We really don’t know why hedgehogs,” said Luna’s mom, Alexa Ferguson. “She has about 10 different sizes and colors. And she likes them all.” 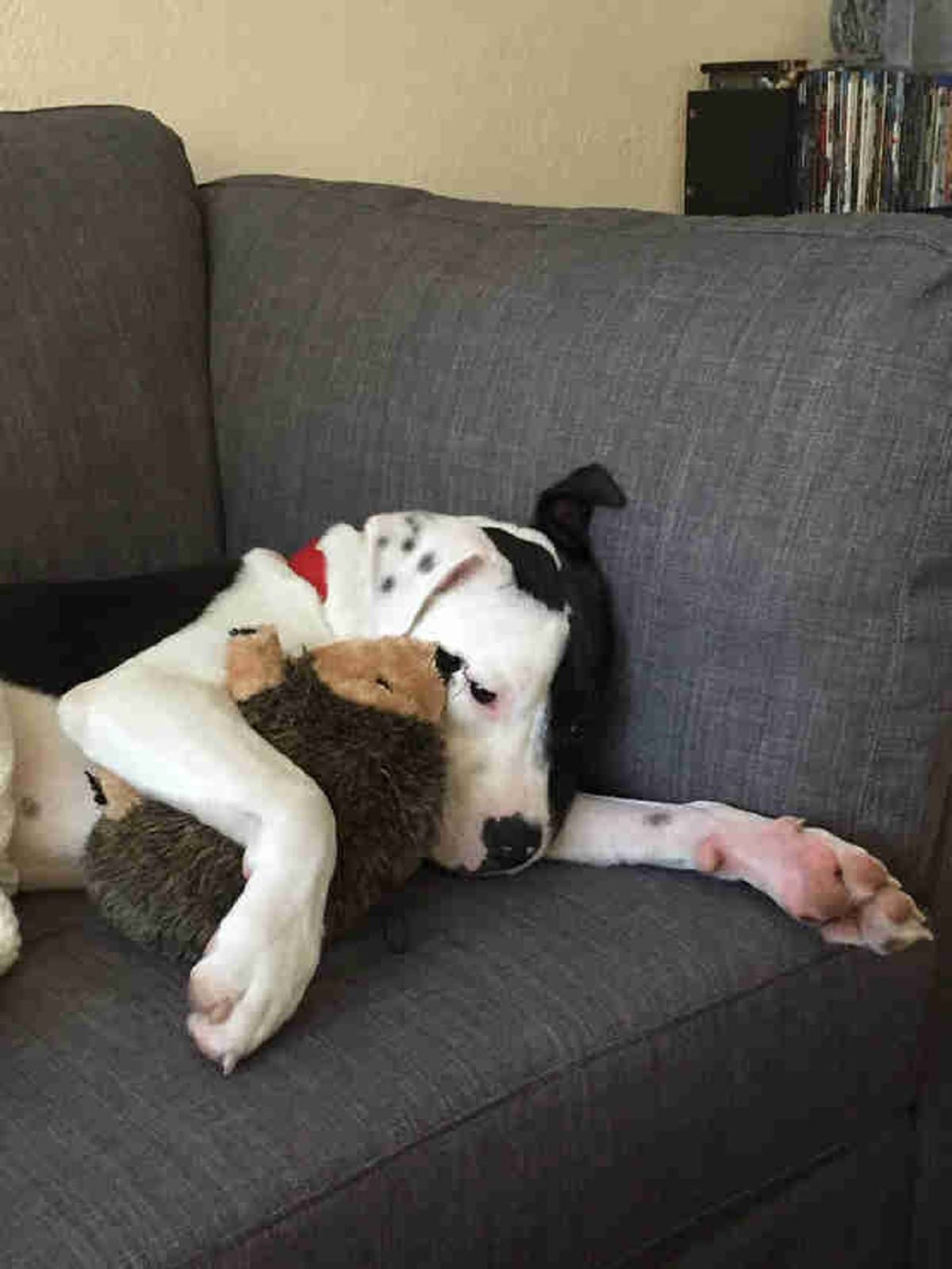 Before becoming an honored owner of ten hedgehog toys, Luna was homeless. She wandered from one street to another fending for herself in San Bernardino, California. An animal control officer found and brought her to a local kill shelter. They waited, but no one claimed or adopted her, so Luna made it to the kill list.

Fortunately, RainCost Dog Rescue Society, a rescue group in Canada, pulled Luna out and placed her under foster care in Vancouver. Come June 2017, Luna was transferred to Ferguson’s home in Victoria. And the set up was a foster to adopt basis since Ferguson herself has been looking for a dog of her own for quite some time. And she quickly learned Luna’s quirks. 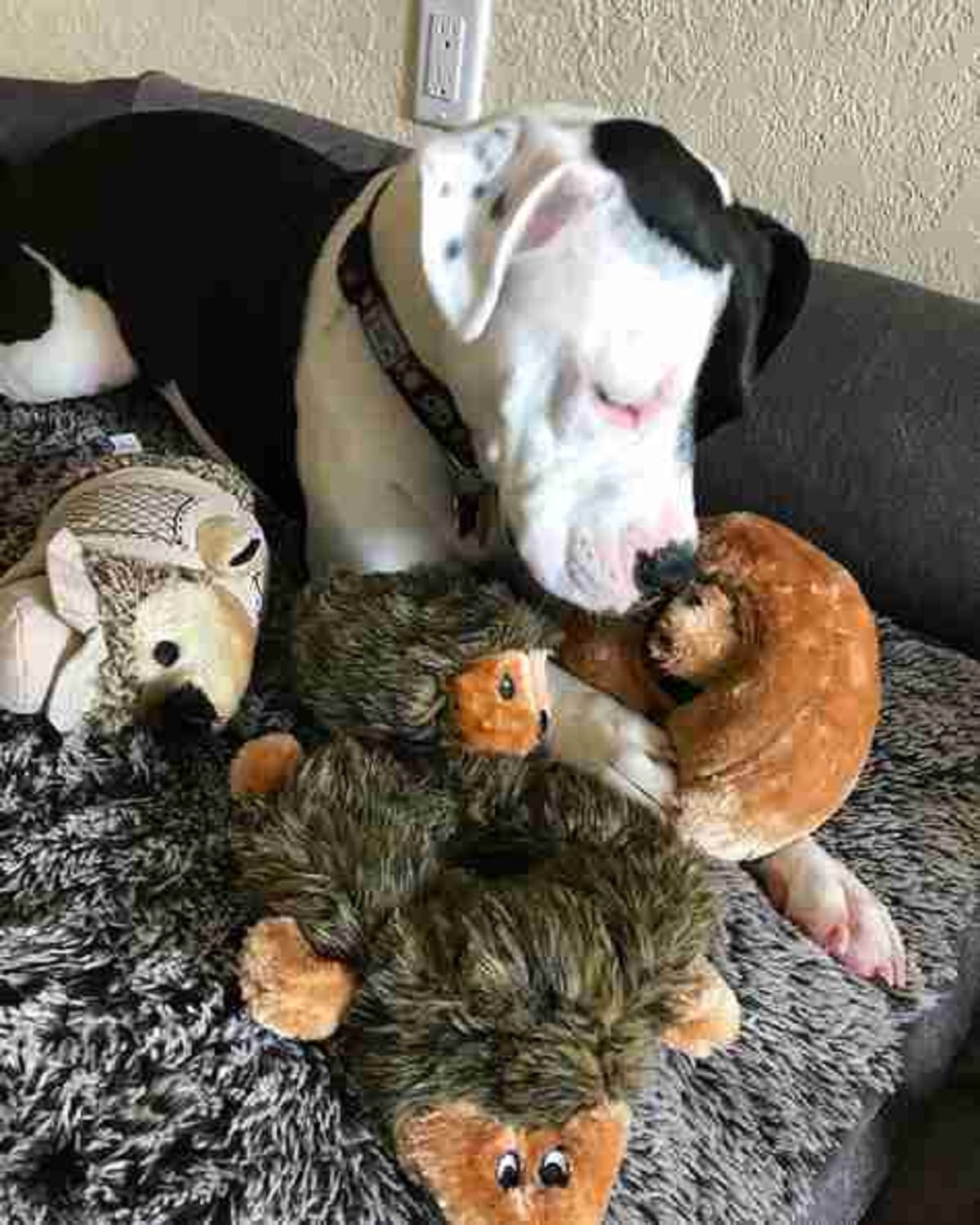 “Whoever she lived with in the past must have kept her inside a crate almost all the time,” said Ferguson. “Her paws bled after we went for a short walk. They were surprisingly tender.”

The ocean was horrifying for Luna. So as the beautiful forest that surrounded their house in the British Columbia area. Everything new to her was frightening. Then Ferguson thought of buying Luna her very first toy – a hedgehog.

“She probably didn’t have toys in the past. She got obsessed with it from the very start,” said Ferguson. “She has plenty other toys but didn’t seem to care about anything except the hedgehogs.”

Photo Credits to Alexa Ferguson via The Dodo

As days passed, Luna learned to love being outdoors. She loves swimming in the ocean and hiking in the forest. But if there was something that didn’t change, it’s her love for her stuffed hedgehog friends.

“I’ve never had any dog that values and appreciates things the way Luna does. She’s very expressive, always thankful, and has such a personality. She’s simply the happiest dog.”

Thanks to The Dodo for sharing this story.